The Philippines plans to back away from a two-year-old ban on the usage of dirty fuels.

The Department of Energy (DOE) told oil companies to bring back dirtier, cheaper fuels in an effort to fight rising inflation.

The DOE said that Euro-II compliant automotive diesel oil should be provided as an option for retail customers “for the purpose of reducing the impact of rising petroleum prices in the world market.” 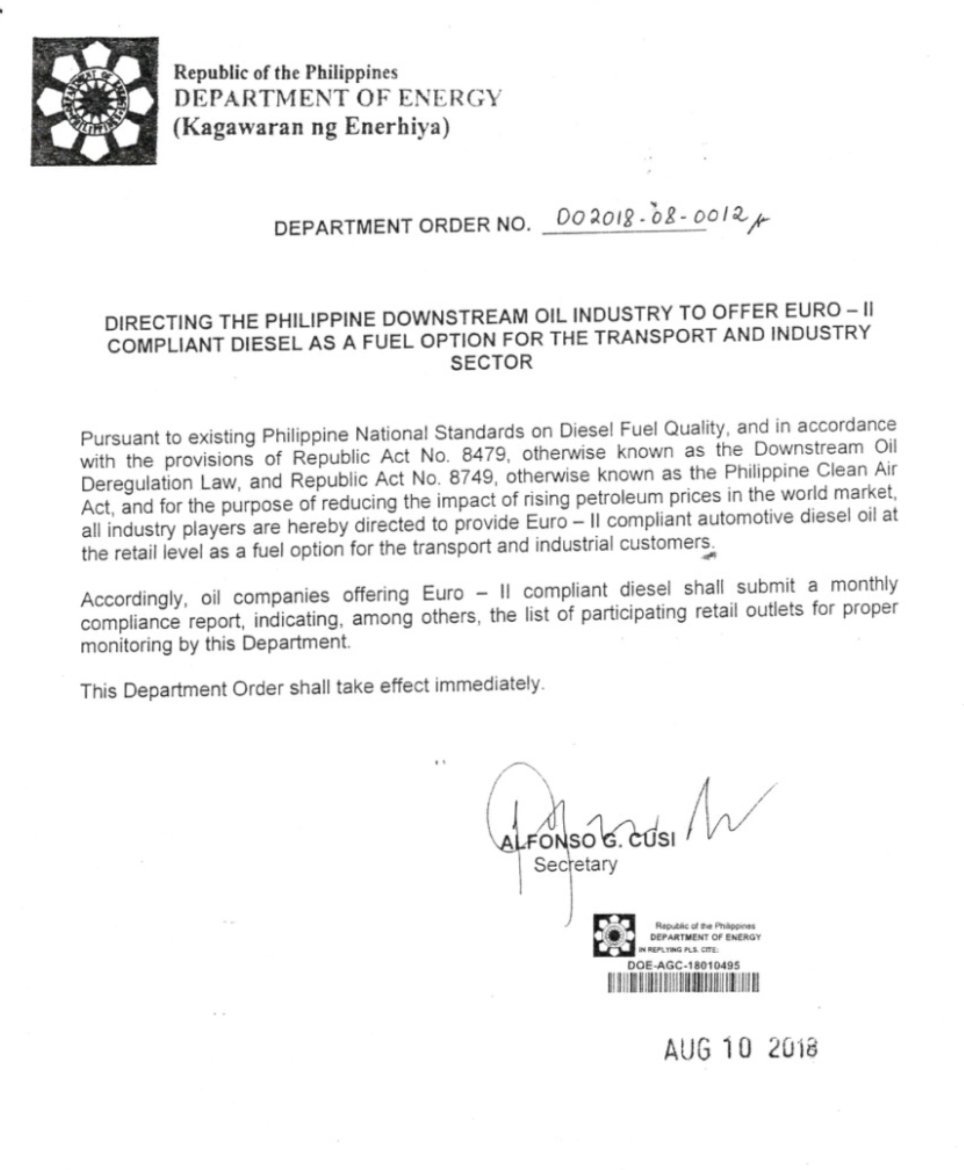 But the DOE directive is subject for approval by the environment department.

“We are studying it right now, giving consideration to their plan to cushion inflation. We’re also looking at the implications for emissions,” Jonas Leones, undersecretary at the Department of Environment and Natural Resources (DENR), told Reuters on Friday.

The Philippines switched to Euro-IV compliant fuels in January 2016, replacing the Euro-II standard, a variety that contained much higher sulfur content in diesel.

Euro-IV compliant fuels have sulfur content of 50 parts per million, compared to 500 ppm for Euro-II fuels.

Philippine annual inflation climbed to 5.7 percent in July, the country’s highest in the last five years. As a result, the Bangko Sentral ng Pilipinas (BSP) for the third time this year raised interest rates by 50 basis points to 4 percent.